Richard Baxter and the Mechanical Philosophers

The Richard Baxter we know was the faithful pastor of Kidderminster, author of the Reformed Pastor, the Christian Directory and The Saint’s Everlasting Rest. At least, that’s how it looks from the re-published works.  But this is how Baxter comes down to us filtered through 19th century selection and editing.  Dr Sytsma gives this account, and it reveals the thrust of his book:

Benjamin Fawcett… produced a wildly successful abridgement of Baxter’s The Saint’s Everlasting Rest (1759), on which most later editions were based. In this abridgement, Fawcett removed all of Baxter’s prefaces, excised sections of the work that were heavily philosophical and replaced Baxter’s extensive marginal apparatus of patristic and scholastic authorities with biblical footnotes. For the multitude of nineteenth and twentieth century evangelicals who encountered The Saint’s Everlasting Rest through Fawcett’s “mutilated edition,” Baxter appeared as an exclusively biblical thinker, devoid of traditional precedent, and free of philosophical assumptions. (5)

Furthermore, the original “The Saint’s Everlasting Rest” was over 850 pages in length, but reduced to 450 by Fawcett. Looking through the original (see PRDL), interestingly, Baxter closes his massive tome with George Herbert’s poem, “Home” from “The Temple”.  Again, Baxter reads Herbert, but not in Fawcett.

Sytsma gives us another Baxter, Baxter the philosopher, the scholastic and the scholar who is au fait with the intellectual currents of his time, and especially the new directions.  Sytsma surveys Baxter’s views of reason, science and his response to the early naturalist tendencies of More, Descartes, Hobbes and Spinoza. Baxter did not just read Spinoza, Descartes and More, but wrote extensive annotated reviews and responses to these writers.

Baxter was friends with the scientist Robert Boyle (Royal Society) and Matthew Hale, as they discussed and wrestled with the implications of the new “mechanistic philosophy” and its tendency towards naturalism and materialism. In so far as new thinkers moved away from scholasticism, they tended to accept the new philosophy, in some way. By the end of his career the Aristotelian Puritanism of his youth had waned, giving rise to a new Latitudinarianism and anti-Calvinist Anglicanism.

Baxter remained committed to the doctrine of original sin, the noetic effects of sin, and a basic philosophical  realism, in the face of the new Cartesian philosophy.  For this reason, his claims for knowledge are modest and cautious, in that reason must operate in submission to revelation.

As to science (natural philosophy), Baxter cautiously accepted some of the features of the thought of Boyle and the new science, but he was grounded in Moses and Aristotle.  In other words, natural philosophy is Trinitarian and grounded in revelation. He embraced the “new planetary observations of Galileo,” as well as aspects of the new theories of motion.  At the same time, he gave a robust response to the shift towards naturalism and materialism. “To Baxter, an essentially active and living God created essentially active and living creatures, and mechanical philosophy broke apart the analogical relationship” (189).

Mechanistic philosophy gave rise to the debate over the soul and immortality. Baxter was not convinced by the reliance of the argument that the soul is immortal because immaterial, instead he saw the arguments for the soul’s desire for perfection unattainable in this life as the stronger argument. The account of human faculties through naturalistic explanations, Baxter saw to be a slide towards complete materialism.

We can thank Dr Sytsma for a stimulating and important study that shows us a wider Puritanism, one that whilst maintaining the rigors of piety, is alert and intelligently responding to the intellectual and spiritual trends of the age in submission to revelation. 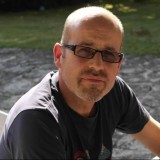