My friend and colleague, Dr. Eric Hutchinson, has offered some very insightful comments on the biblical “exile” motif that is often applied to the church in our time. The church in which we both serve devoted the June issue of its New Horizons magazine to just this motif, and I think its feature articles give ample cause for the concerns Dr. Hutchinson has raised.

My reading of the “sojourners and exiles” motif took a turn some years ago while I was lecturing on the book of Joshua. I was trying to work out how this book addresses the Christian church today, and I realized that all my life I had seen Canaan as a sort of metaphor for “heaven,” the pearly gates and streets of gold at the end of the Christian pilgrimage. No more wandering in the wilderness of this world – “when we all get to heaven, what a day of rejoicing that will be!” But a single line in Gareth Crossley’s The Old Testament Explained and Applied brought me up short: “Heaven will not be a place of fighting, but of eternal rest and blessedness.” In short, there will be no “Canaanites” there.

Crossley offers a counter-proposal: that Israel’s entering Canaan is a picture of personal conversion in the New Covenant context. Israel’s subsequent battles with the Canaanites symbolize the battles of the believer with remaining indwelling sin.

This is no more satisfactory, however. It makes Canaan a “type” of Christ (a typological move that lacks much, if any, biblical warrant) and national Israel a “type” of the individual Christian. Such a radically individualized reading cuts against the corporate biblical typology that links Old Covenant Israel to Christ and to the New Covenant people of God as a whole.

What, then, is the New Covenant counterpart of Canaan and the conquest and settlement of Canaan? What does Canaan represent to New Covenant believers? What do the Canaanites represent?

An offhand reference by the apostle Paul in Romans 4 sheds light on these questions: “The promise to Abraham and his offspring that he would be heir of the world did not come through the law but through the righteousness of faith” (v. 13). Abraham’s seed was to inherit not just Canaan but also everything to which Canaan pointed – the world. Following this inheritance theme, it becomes clear in the New Covenant scriptures that Christ, the true Seed of Abraham, has inherited all things (e.g., Hebrews 1:2). The world, the cosmos, the whole creation (everything in heaven, on earth, and under the earth) is His; and with that inheritance “all authority” has been given to Him in heaven and on earth (Matthew 28:18). He is the greater Joshua who commissions His Spirit-filled people to go to the ends of the earth and make disciples of all nations. The weapons of this conquest “are not of the flesh but have divine power to destroy strongholds” (2 Corinthians 10:4).

This is not to say that everything proceeds nicely without fierce conflict, setbacks, and defeats. It’s a very long war, and there are many adversaries. Territory is gained step by painful step, and at times territory is lost for a season. Too often the saints are like Israel of old and follow the ways of godless nations. The New Covenant conquest ends up looking a lot like the Judges period.

If the conquest of Canaan seems to offer the closest parallel to the situation of the New Covenant church, why then do the New Covenant scriptures refer to us as “sojourners” (which points back to the patriarchal wanderings in Canaan long before the conquest) and “exiles” (which sounds like a reference to the condition of Israel during the Babylonian captivity)?

In answering this question, there’s a complicating historical factor. For the first few centuries of its existence (during which the New Covenant scriptures were written), the church lived in the shadow of a giant image. The image’s golden head was an empire that in 586 BC had dragged Israel into exile for her sins (Daniel 2). In the time of the “silver empire” that followed, Israel returned to Canaan; but still the image loomed as silver gave way to bronze and at length to a “fourth kingdom, strong as iron.” It was in the days of this kingdom that the God of heaven “set up a kingdom that shall never be destroyed, nor shall the kingdom be left to another people” (Daniel 2:44) – the kingdom of our Lord Jesus Christ. For the first few centuries of His church, the fourth empire of Daniel’s image continued to exist alongside the kingdom founded by the God of heaven – and strangely enough, apostate Israelserved this fourth image-empire by warring against Messiah and His saints. The sins for which Israel was exiled in Babylon were even more egregiously manifested in her handing over her Messiah to the ruthless power of Rome.

This all lies in the background of the handful (as Dr. Hutchinson points out, it is no more than this) of references to “sojourners and exiles” in the apostolic writings. Peter, for example, writes his first letter to “the elect exiles of the dispersion” (ἐκλεκτοῖς παρεπιδήμοις διασπορᾶς) – to the early saints who have been driven out of Jerusalem into the wider Greco-Roman empire, and who, though they have no enduring city under the regimes of Nero or the Sanhedrin, bear witness to One who from His heavenly throne is building God’s city on earth.

There is, I think, profound significance in these particular historical conditions under which the church lived during the last days of Daniel’s fourth image-empire and of second-temple Judaism. To be a Christian at that time was to be a “sojourner and exile” in a particular sense that is not so clearly applicable after the fall of Jerusalem and of Rome.

Not everyone will find this historical line of reasoning persuasive. Perhaps it doesn’t matter a great deal, however, because Peter explains what he means by “sojourners and exiles” in a way that does encompass the situation of the church in every age until Christ returns. He tells the sojourners of the diaspora in 1 Peter 1:17 to conduct themselves with fear throughout the time of their “exile” (better: “sojourn”), and “as sojourners and exiles to abstain from the passions of the flesh” (2:11). His references to saints as “exiles” are framed by his exhortation to abstain from the “fleshly” way of life from which God’s people have been ransomed (“the futile ways inherited from your forefathers,” 1:18). The impulse of the exile-motif is not separation from creation and cultural life, or even from sinners (cf. 2:12), but from sin, from the old Adamic way of life called “the flesh.” Given that this old way of life remains in the world (we live in the overlap of the ages, in which Adamic “flesh” and messianic “Spirit” coexist for a time), believers are to live and “walk in the Spirit.” To the extent we, who have the Spirit, are surrounded by continuing manifestations of the old Adamic order, we’re “sojourners” amid a way of life that is now foreign to us. We’re sojourners like Abraham in his wanderings, in that we’re still surrounded by Canaanites; but we’re sojourners more like the Israelites after they crossed Jordan – “we’re outsiders to these inhabitants, but their strongholds are going to fall.”

Similarly with the term “exiles” (which might be better rendered “aliens,” for reasons explained by Dr. Hutchinson), it should give us pause that the very people of faith who acknowledged they were “strangers and exiles on the earth” (Hebrews 11:13) later “conquered kingdoms, enforced justice, obtained promises, stopped the mouths of lions, quenched the power of fire, escaped the edge of the sword, were made strong out of weakness, became mighty in war, put foreign armies to flight” (vv. 33–34). These exiles/aliens worked and waited in firm expectation that the territory on which they trod would belong to them (indeed, alreadybelonged to them by the promise of God); and when the time of inheritance arrived, they were “mighty in war.” They were aliens not from the land but from the structures erected by godless powers on the land – structures they knew would eventually be demolished. These aliens were not “an embassy of grace on foreign soil”; to the contrary, it was the Canaanites who were embassies of godlessness on soil belonging to God and His people. The Old Covenant “exiles” are witnesses to us in the New Covenant who are called upon to do greater works by the Spirit’s power as we bring the gospel to all nations and all nations to the obedience of faith.

The connotation of the “sojourners and exiles” motif, then, is not world flight but world invasion: the irruption of the age of the Spirit, the in-breaking of the new creation that is foreign (alien) to the old Adamic order (its origins, after all, are in heaven) but is destined to prevail over all that opposes it.

I commend Dr. Hutchinson for opening up this conversation about language into which assumptions are easily imported. In our troubled time, it’s a conversation we badly need to have. 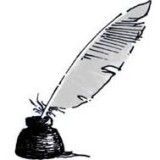 Benjamin Miller is a church planter for the Orthodox Presbyterian Church in central Long Island, and the organizing pastor of Trinity Church.

One reply on “Just What Is Canaan? Thoughts On “Exile” Continued”

[…] week’s Monday Calvin fix is on a theme recently discussed here a couple of times: pilgrimage. In the course of his exposition in which he seeks to demonstrate that the saints of […]