Equity makes its appearance in theological and confessional treatments, as a way of understanding the place of Old Testament law in the New Testament era. It is invoked e.g. in the Westminster Confession of Faith as such an interpretive principle. A good treatment of the theological usage of equity can be consulted here, but, there as typically, the Roman-legal background of the concept is only hinted at, if mentioned at all. To fill this void I offer the following considerations:

All of these Roman-legal considerations in one way or another informed the concept of equity as understood in the mid-17th century, and should be taken into consideration as background for the theological discussions and treatments invoking the topic, especially in view of the fact that many leading theologians and intellectuals were trained in Roman law (e.g., Calvin, Beza, Hotman, De Mornay, Althusius, Rutherford). 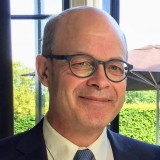 Great stuff. In point 6, I think you want De naturali juris *interpretatione*, On the natural interpretation of law.

Thanks Eric, although it does confuse me. Is it a mode of interpretation that he is discussing? Or the interpretation of one kind of law versus another? (BTW, check your email).