Dr Leithart has kindly responded to my post (which can be found here) on the use of natural law in the same-sex marriage debate. The following comments outline my position on natural law in a little more detail and describe some of the concerns that I have with his position.

‘Creational order’ is indeed a theological notion, but what it names is a shared reality: it is this reality that lies at the heart of the case that I present. As it is a fact, not an argument, this reality isn’t up for vote or debate. As the ‘creational order’ of which I speak is an order that is present and operative within us as persons and societies, and not solely outside of us, it will naturally tend to produce consistent patterns of behaviour. That a dyadic male-female form is a constant feature of marriage in societies throughout history and across cultures – even polygamous ones, which merely allow for men to enter into many such pairings – is a product of this reality, not a conclusion that was reached at the end of a debate or line of reasoning.

Since natural law can operate perfectly well without the interventions of our understanding, a case founded upon it is not congruent in form to those of same-sex marriage proponents, for whom constructivist presuppositions prevail and, in most respects, arguments must stand on their own. The persuasive character of the established practice of marriage does not depend primarily upon our arguments but rather, as natural law is experienced as a proprioceptive conatus (to borrow one of Peter Escalante’s felicitous expressions), arises principally from an instinctive apprehension of the natural order of things, of the ‘grain of the universe’ as we move with it. The appeal to a unified marriage tradition is more than just an appeal to tradition as such, but serves as a testimony to this creational order.

Consequently, we are not thrown back upon ‘imaginations formed by Scripture’. That our culture has been rendered dizzy from sitting too long on the merry-go-round of the sexual revolution does not mean that our disoriented reeling is the natural human condition, or to be remedied solely by appeal to Scripture. If we would just step off for a moment and recollect our senses, we might discover otherwise.

Even when we can’t give good arguments for it, or may be disoriented by bad arguments against it, some of our sense of balance in God’s creation will stubbornly remain. Although reproductive and contraceptive technologies, liberal social theories, the sex-steeped imagination of the media, widespread divorce and the decay of marriage culture, and the gender and sexuality theories of the academic world have been at work in our society for over a generation, this sense has not been completely suppressed. And, discouraging polls notwithstanding, it is not about to disappear any time soon. Nor should we believe that current disorientation is the same thing as a settled, total, and lasting reorientation of the public’s consciousness. Behind the polling data lies a much more confused and complex story: we should beware of allowing the shallow measures of such data to establish our narrative for us.

These arguments can and have exhibited persuasive power for many, even in the very midst of our cultural disorientation. Given the operation of natural law in creational reality, it is very unusual for all sense of the power of such natural law arguments – presented clearly – to be lost. Here we ought to distinguish between a loss of a sense of hearing and a wilful closing of the ears. I submit that a considerable amount of what we are experiencing today falls into that second category, with the sense then gradually failing as it is resisted. This sense is insistent and a culture must fight against it for it to be dulled. As it is uncommon indeed for natural law arguments to be altogether without purchase in a given culture, I maintain that we should not lose hope of communicating to most people in our day, many of whom are not so much wilfully hardened as disoriented, confused, and fearful of speaking their minds.

Although clearer and more careful articulation will help our communication, that our speech is heard as drunkenness by many is not typically to be taken as evidence of its own lack of cogency, but of the disorientation and confusion of our society. While Dr Leithart and I are in complete agreement that we are now in ‘an extended period of dullness’, my concern is that in making this admission we don’t surrender our claims concerning the strength and validity of non-theological arguments for traditional marriage. Contemporary Western society is atypical in the fact that such arguments and the naturalness of the order that they name are not met with general acceptance.

In such a context of cultural dullness, theological arguments fare no better than natural law arguments. At the heart of my argument above is the point that it is quite possible to acknowledge our culture’s dullness and disorientation without retreating to these theological arguments. The only thing achieved by Dr Leithart’s apparent retreat to aesthetics is the seeming concession that reality really is up for debate and that, from a perspective internal to the natural order, marriage is a contestable institution.

More than this, to the extent that a particular theologically grounded aesthetic lies at the core of Dr Leithart’s position, it is difficult to see how it can participate in our broader cultural debate. One is also left wondering whether, implicit in Dr Leithart’s seeming abandonment of natural law arguments and dependence upon theological arguments and the aesthetic appeal of Christian witness, there lies a sort of theonomic ecclesiocentricism, whose apparent surrender of the ground claimed by natural law is motivated by a far more radical claim upon that ground on other terms.

Any attempt to make progress on this issue will be an uphill task, occasionally even feeling Sisyphean. The resistance and opposition that we face are considerable and are not going to lessen in their intensity. The fact that we have the natural order on our side will often make things harder for us in practice. Arguments that awaken our natural sense of this order are considered too dangerous to be allowed a public hearing by their opponents. Consequently, those who voice them are often denied a public platform, prevented from speaking, not listened to, stigmatized, driven out of jobs and office, ostracized, or intimidated into silence. The public can then be disoriented, re-educated, and made to feel fearful or stupid if they challenge the new orthodoxy.

The fact that there is such a strong natural law case against same-sex marriage and that it resonates so powerfully, even within a disoriented society, puts us at risk. When people can’t answer arguments and lack faith in the power of reason to advance their cause, they attack and suppress persons. If our arguments really did lack all persuasive power, giving them a fair and public hearing wouldn’t be considered such a threat, and we wouldn’t be experiencing the sort of antagonism that we are. 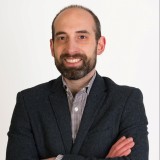 Alastair Roberts (PhD, Durham University) writes in the areas of biblical theology and ethics, but frequently trespasses beyond these bounds. He participates in the weekly Mere Fidelity podcast, blogs at Alastair’s Adversaria, and tweets at @zugzwanged.

5 replies on “Can Arguments Against Gay Marriage Be Persuasive?”

[…] and ground of natural law arguments in more detail. The Calvinist International have kindly hosted a piece in which I address some of the issues raised by Dr Leithart’s position and the debate more […]

[…] Roberts, however, was not ready to lay aside the principled question so quickly, or to let Leithart get away with the quip “I note that ‘creational order’ is a theological notion.”  In a second response to Leithart, he argued, […]

[…] textual arguments.  As Alastair Roberts contended in his Calvinist International posts (here and here), it is not that “natural law arguments” in particular have failed, but that arguments of any […]

[…] World Can’t Hear Us on Marriage.” And Roberts responds again by asking, “Can Arguments Against Gay Marriage Be Persuasive?” Judge for […]